Why Balancing Omega Levels Will Make You Feel Better Than Ever!

We are aware of the labels omega-3 and omega-6 but what do they mean, what are they and how to we go about balancing omega levels?

What are fatty acids?

We require both omega-3 and omega-6 fats for our bodies to function optimally. These PUFAs have wildly different effects in terms of our cardiovascular well-being and also with regard to inflammatory response in the body.

Being informed about health allows us to make better choices. Digging deeper into something that appears bafflingly scientific, we can see that the concept is not so tough to get to grips with.

Most of us already have a basic understanding that if we were to cleave fats in two, unsaturated fats are considered to be good while saturated fats have a bad rep. To generalize again, oils which are derived from plant fats tend to be beneficial for our health. One key factor for this is the unsaturated fat content. Conversely, when we get oils from animal fat they have high levels of saturated fat (along with a side-serving of cholesterol).

Inflammation can hit any part of the body

Not all unsaturated fats, however, boast health benefits. If we study plant oils such as corn, peanut or sunflower, they are rich in inflammatory polyunsaturated fats while lacking entirely in the anti-inflammatory PUFAs. Olive oil, on the other hand, has a better balance of PUFAs and is thus a healthier option.

To further confuse the issue, we have difficulty converting omega-3 from plant sources into EPA and DHA. These are what we call long chain fats. EPA and DHA are found solely in seafood and marine algae.

So, while it follows that we should strive to consume seafood on a regular basis, we must focus on balance…

[bctt tweet=”The amount of omega-3 we eat should absolutely be linked to how much omega-6 we take on board.” username=”alljustchoice”]

EPA, DHA and ALA are the most common omega-3 fatty acids. They are found in oils and marine algae. For omega-6, LA and AA are most prevalent. Mainly found in oils, they are also present in meat, dairy products and eggs (although in very small amounts).

Among these, ALA for omega-3 and LA for omega-6 are known as essential fatty acids. This means that they cannot be synthesized by our bodies.

Omega fats compete with one another

One of the main reasons for balancing out our consumption of PUFAs is the way in which omega-3 and omega-6 compete.

They vie directly for the same conversion enzymes. Resultantly, the amount of omega-6 in our diet has a direct bearing on the conversion of ALA (found in plant foods) to the long chain EPA and DHA which shield us from disease.

So, as we eat more omega-3 fats, less omega-6 will be available to the tissues to produce inflammation. Omega-3 is neutral while omega-6 is pro-inflammatory. A diet with too much omega-6 compared to omega-3 leads to increased inflammation. Reversing the ration decreases inflammation.

[bctt tweet=”The intake of too much omega-6 in proportion to omega-3 is one of the leading causes of disease in society today.” username=”alljustchoice”]

As mentioned, due to the opposing health effects we need consumption of these different fatty acids to balance out.

Throughout evolution, our diets had a roughly equal omega ratio.

For millions of years, man’s diet was abundant in seafood and other sources of EPA and DHA while comparatively low in omega-6 seed oils. Research shows that our hunter-gatherer ancestors managed an omega relationship of parity.

It’s no coincidence, given what we know today, that hunter-gatherers were also blissfully free of cancer, diabetes and heart disease. These modern inflammatory diseases are scourges that are considered the primary causes of both morbidity and death in contemporary society.

The standard western intake of foods has skewed this balance. A ratio of 15:1 or even 17:1 is now often the norm.

Less than two centuries ago, as the industrial revolution kicked in, we noticed a definite shift towards consuming more omega-6 fats while neglecting omega-3. The vegetable oil industry played a significant role. Also, domestic livestock were fed increasingly on cereal grains. In turn the fatty acid profile of meat we consume was altered.

In the 1930s the ratio had escalated up to almost 9:1. Just sixty years later it had edged into double figures in favor of omega-6. Estimates today are in the range of 10:1 up to an eye-popping 25:1 in some individuals.

Let’s put these ratios into perspective with examples:

As the ratio goes beyond 10:1, many chronic diseases can ensue.

What are the consequences of too much vegetable oil?

Vegetable Oils are High in Omega-6’s

We really cannot undervalue this seismic shift away from the norms of evolution. With most Americans now obtaining fully 20% of their calories from just one food source – soybean oil – it means that almost one-tenth of their calorific intake comes from the omega-6 fat linoleic acid (LA). While calories are not the be-all in and of themselves, they come into play when considering PUFAs…

In addition to the major diseases already outlined, an elevated intake of omega-6 is associated with many other health issues. An excess can lead to obesity, IBS, autoimmune diseases, rheumatoid arthritis and even psychiatric disorders.

It really is tough to place too much emphasis on why we should cut back on omega-6 fat.

What changes should we make?

It’s not a quick fix.

Many of us are storing substantial amounts of omega-6 fatty acids in our body fat stores. This can take years to normalize. Don’t panic and be patient. Take the long view when it comes to your health.

All industrial societies exhibit high levels of overall sickness when compared to hunter-gatherers. It is important to note that none of these populations binged on omega-6. Think of these societies and their generally excellent health. Instead of aiming to eat large amounts of omega-3 to balance out the omega-6, the wisest idea is to eat relatively little of each.

Coconut oil is a great substitute for see oils

There are simple, pro-active measures you can take to improve balance of these fatty acids.

There are four main prongs of attack:

If we understand the difference between omega-3 and omega-6 fatty acids and the importance of striking an effective ratio as close to 1:1 as possible, we can significantly lessen our chances of all kinds of maladies and serious diseases.

Take action now. Sign up to my mailing list and get my Primal Kitchen Essentials Guide and take the guesswork out of the foods to put in your pantry! 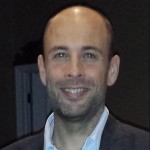 Mark Burton
Hi, I’m originally from the United Kingdom, but now living in Florida. I’m husband, to my wonderful wife Margie and the father of 4 great kids, all teenagers, and yes I still say great! I’m a Reiki Master, hold a 2nd degree black belt in Aikido, and have 17 years experience in the IT/Finance industry working for a large multi-national bank. Over that time, I've worked with some very experienced people to come up with a robust and a very different approach to the way of family budgeting. The transformation has had such a huge impact on our lives, it's left me with the passion to share this approach with as many people as I am able. I find helping others gain a healthy control over their financial lives to be fulfilling and rewarding.
Related Posts
Comments 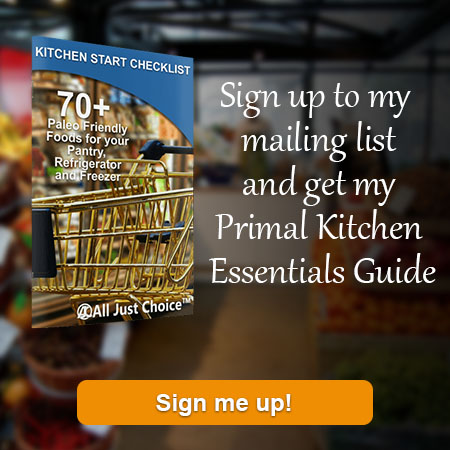 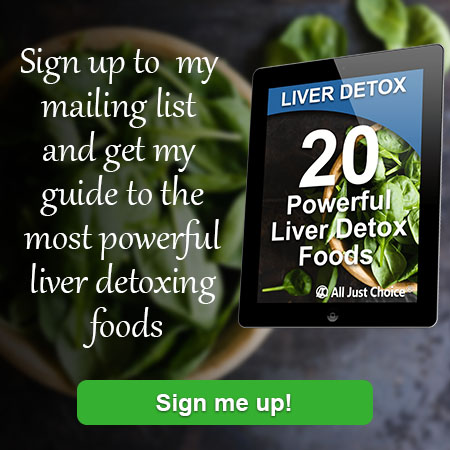 Breakthrough to Your Best Beach Body Ever; For Life!